Dhaakad Box Office Collection Day 2: Not just Bhool Bhulaiyaa 2 but Friday also marked the release of Kangana Ranaut starrer. The action-packed film, on the very first day of its release, witnessed a slow start at the box office and could not live up to the expectations of the audience. The figures of the film also starring Arjun Rampal and Divya Dutta in crucial roles state that the film was definitely not the first choice of the moviegoers. According to trade analyst Ramesh Bala, ‘Dhaakad’ made Rs 50 lakh on its opening day. Speaking about the collections of day 2, they were also not impressive as compared to Kartik Aaryan, Kiara Advani and Tabu starrer.

While the final trade figures for ‘Dhaakad’ aren’t out yet, initial estimates have indicated a disappointing opening for the film. Meanwhile, after the first day, Ramesh Bala tweeted, “#Dhaakad early estimates for All-India Day 1 is Rs 50 Lakhs Nett.” 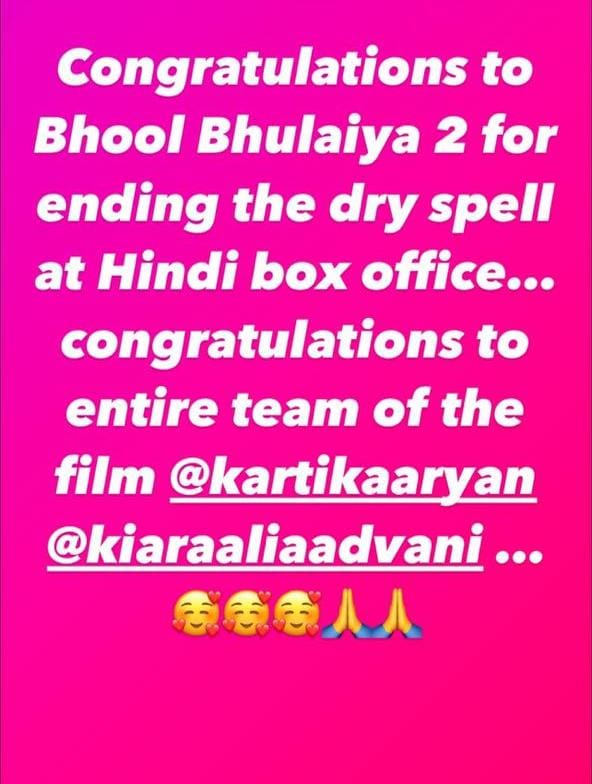 Dhakaad, on the other hand, is helmed by Razneesh Ghai. The story is based on Agent Agni, a highly trained and deadly field agent is entrusted with the mission to gather Intel and eliminate Rudraveer, an international human and arms trafficker who has been off the radar for ten years.

Video: Aamir Khan & son Azad make the most of Mumbai rains as they enjoy playing football