Dinesh Karthik slammed another fifty in IPL 2022 in clash vs DC as they posted a big total on the board after being asked by Capitals to bowl first.

Karthik slammed 66 off 34 balls that included 5 fours and an equal number of sixes as well.

He continues his good form and is making a big statement in every game, as if saying that he is not yet over with cricket.

India’s national-level squad player Dipika Pallikal who is also wife of Karthik had posted a special message for cricketer husband before the game.

Dipika had posted the picture of their kids talking to Karthik before the game.

Not to forget, when recently Dipika was playing in a world event, which she went on to win, DK used to post similar picture of the twins watching their mother on TV.

Check out the picture here: 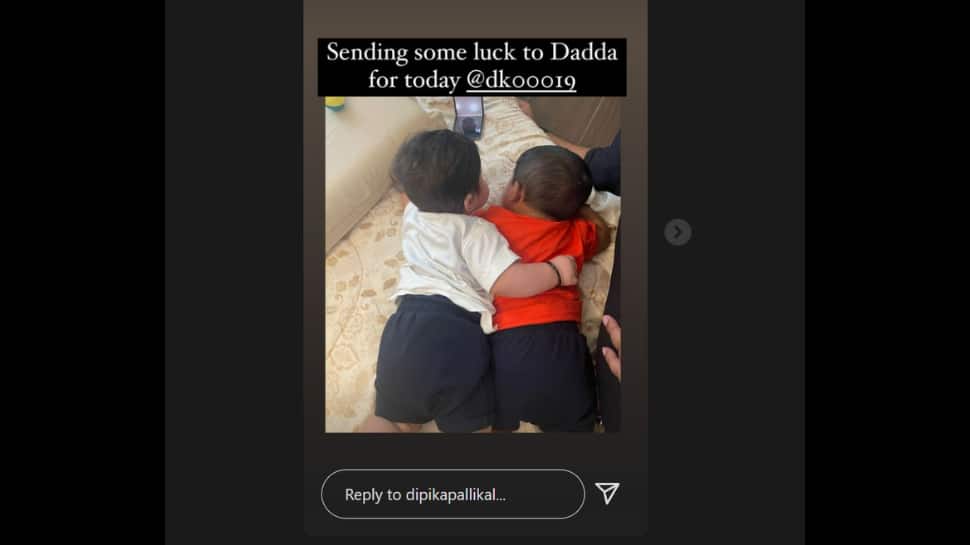 RCB started off the innings on a bad note but thanks to a brilliant knock by Karthik, the Men in Red and Black managed to post in 20 overs.

Will Ravindra Jadeja get dropped from CSK due to poor form? Fleming says THIS