IPL 2022 GT vs DC Highlights, Points Table, Man of the Match: All you need to know

A fantastic knock by Shubman Gill (84 off 46) and clinical bowling performance by Lockie Ferguson (4/24) led Gujarat Titans to a 14-run win over Delhi Capitals in an IPL 2022 match at the Maharashtra Cricket Association Stadium in Pune on Saturday (April 3).

Opening the batting, Shubman played a sparkling knock and propelled Gujarat Titans to 171-6 in 20 overs. It was also Gill’s highest T20 score. Apart from Gill, skipper Hardik Pandya (31 off 27) and David Miller (20 not out off 15) also made valuable contributions with the bat for Gujarat, who were invited to bat first.

On the other hand, Mustafizur Rahman (3/23) was the highest wicket-taker for Delhi Capitals while Khaleel Ahmed (2/34) and Kuldeep Yadav (1/32) also chipped in with wickets.

In reply, Ferguson (4/24) rattled the Delhi Capitals’ batting line-up with his sheer pace. Apart from him, Mohammed Shami (2/30) also picked wickets at crucial junctures for Gujarat as DC were restricted to 157/9 in 20 overs with skipper Rishabh Pant (43) being their highest scorer.

GT vs DC Man of the Match

Lockie Ferguson was awarded Man of the Match for his outstanding figures of 4/28 in four overs.

Lockie Ferguson starred with the ball with a 4⃣-wicket haul and won the Player of the Match award as @gujarat_titans secured a win against #DelhiCapitals. 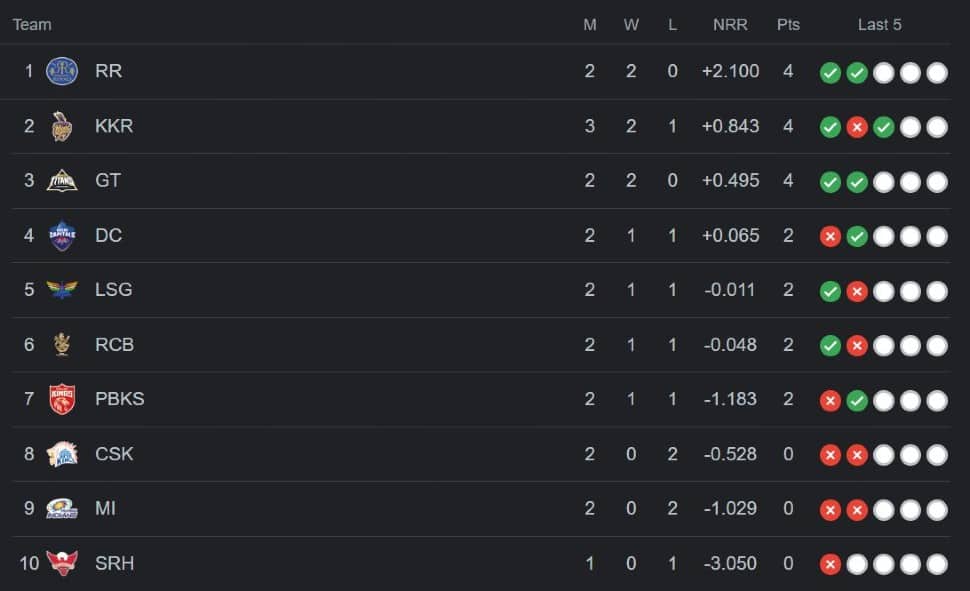 ‘Stop looking at me and…’, CSK’s throwdown specialist reveals