Debutants Lucknow Super Giants rose to 2nd place on the points table with a six-wicket win over Delhi Capitals in Match No. 15 of IPL 2022 at the DY Patil Stadium in Navi Mumbai on Thursday (April 7). LSG have notched up their third win in succession after losing opening match against fellow debutants Gujarat Titans.

KL Rahul-led LSG are second on the points table behind Kolkata Knight Riders due to NRR. While LSG have a NRR of 0.256, KKR’s run-rate is at 1.102 after a sensational win over Mumbai Indians on Wednesday (April 6) with 4 overs to spare. 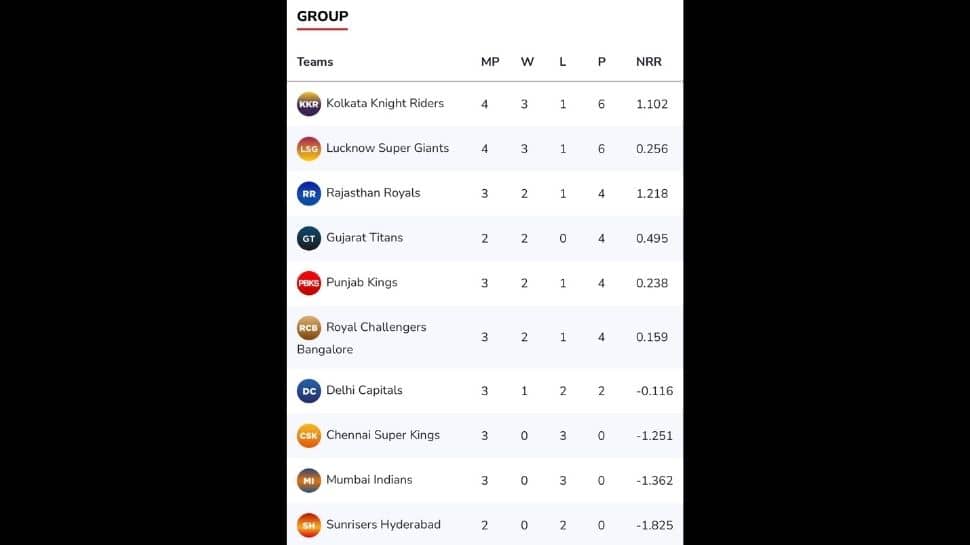 Delhi Capitals, on the other hand, have slipped to 7th place on the points with just one win so far over MI from their 3 matches. The NRR of DC is also at -0.116.

Jos Buttler continued to lead in the Orange Cap race with 205 runs from 3 matches so far. LSG opener Quinton de Kock jumped into the 2nd spot after his brilliant knock of 80 off 52 balls against DC on Thursday night. De Kock has 149 from 4 matches, same as MI’s Ishan Kishan – who has got those runs in 3 matches.

De Kock averages 37.25 with the bat this season with a strike-rate of 135.45 with two half-centuries.

Veteran KKR pacer Umesh Yadav held on to his Purple Cap as well. Yadav has 9 wickets from 4 matches with a best of 4/23. LSG pacer Avesh Khan failed to add to his wickets tally against his former team DC, finishing with disappointing figures of 0/32 in three overs.

Rajasthan Royals leg-spinner Yuzvendra Chahal with 7 wickets, same as Avesh but at a better average of 9 as compared to 18.14 in the 2nd spot.