On Mother’s Day 2022, Priyanka Chopra and her singer husband Nick Jonas left everyone surprised by sharing the first glimpse of their newly-born daughter. Taking to their Instagram handles, the couple posted an adorable picture in which the actress can be seen holding the baby close to her heart. The two of them decided to hide the face of the little munchkin and this is why a heart emoji was placed on the little one’s face. It was reported that Nickyanka have named their princess Malti Marie Chopra Jonas and looking at their caption it seems that the same was true. Along with the beautiful picture, Priyanka and Nick even shared a long and heartfelt note in which they spoke about the welcoming of their baby after 100 plus days in the NICU. For those unversed, the little one was born in January via a surrogate.

Sharing MM’s first photo on Instagram, the common caption shared by the two of them read, “On this Mother’s Day we can’t help but reflect on these last few months and the rollercoaster we’ve been on, which we now know, so many people have also experienced. After 100 plus days in the NICU, our little girl is finally home. Every family’s journey is unique and requires a certain level of faith, and while ours was a challenging few months, what becomes abundantly clear, in retrospect, is how precious and perfect every moment is. We are overjoyed that our little girl is finally home, and just want to thank every Doctor, nurse and specialist at Rady Children’s La Jolla and Cedar Sinai, Los Angeles, who were there selflessly every step of the way. Our next chapter begins now, and our baby is truly a badass. Let’s get it MM! Mommy and Daddy love you.”

Apart from this, PeeCee after the same wrote, “Happy Mother’s Day to all the mothers and caretakers in my life and out there. You make it look so easy. Thank you. Also.. there is no one I’d rather do this with than you. Thank you for making me a mama @nickjonas I love you Ps- thx @divya_jyoti masi for the picture and @akarikalai masi for MMs fit! ॐ नमः शिवाय.”

As soon as the beautiful picture went up the internet, not just fans but also a ton of Bollywood and Hollywood actors could not stop themselves from dropping comments. Ranveer Singh seemed to be the first person to comment as he wrote, “Oh PC!” Preity Zinta even gushed to the comments section and wrote, “So Happy she is finally home babe. Enjoy every bit of parenthood & all the milestones of being a mommy. Big hug n loads of love always.” Anusha Dandekar shared, “Happy Mothers Day Priyanka! She really did get her strength from her Muma! Blessings on Blessings! Love and hugs.” 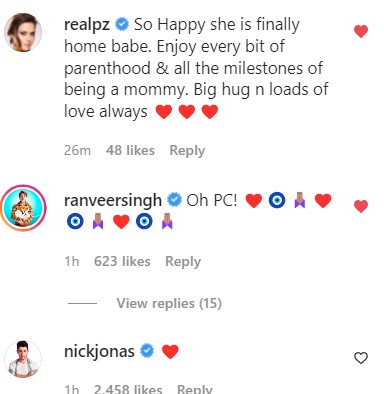 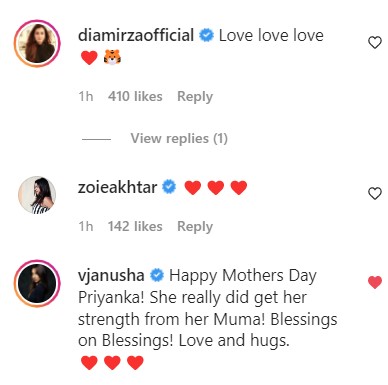 Apart from this, the couple even trended high time on Twitter with Netizens sharing their blessings for the little angel.

In January this year, the couple announced via social media that they have become parents to their first child via surrogacy. She was born just after 8 PM on January 15 at a hospital in San Diego. Chopra Jonas, 39, tied the knot with the 29-year-old American singer in December 2018 in Jodhpur in an elaborate wedding.

On the work front, Chopra Jonas’s upcoming slate include Jim Strouse-directed rom-com “Text For You”, Amazon thriller series “Citadel”, produced by Russo Brothers, “Sangeet”, an unscripted series co-produced with Nick. She will also produce a film with Amazon Studios on the life of Ma Anand Sheela, the former aide to late godman Osho Rajneesh. Back home in India, she will be seen in Hindi movie “Jee Le Zaraa” alongside Katrina Kaif and Alia Bhatt. It is directed by Farhan Akhtar.

Russia Ukraine War Day 75: Here’s what all happened so far – a quick recap

Jeremy Renner leaves India after filming Rennervations in Alwar, thanks the local crew