The work on Nag Ashwin’s Project K has already begun. While the cast previously included names of Amitabh Bachchan, Deepika Padukone and Prabhas, it seems like the makers have now made an addition. Yes, that’s true! Disha Patani is the latest addition to ‘Project K’, and the news has been confirmed by none other than the actress herself.

On Saturday night, Disha took to Instagram and dropped a picture of flowers and a gift hamper that she has received from the team of ‘Project K’. The team of Vyjayanthi Movies also sent her a heartfelt welcome note that read, “Welcome Disha. Project K welcomes you! We are thrilled to have you on board.” Disha added a string of red heart emojis to the picture. 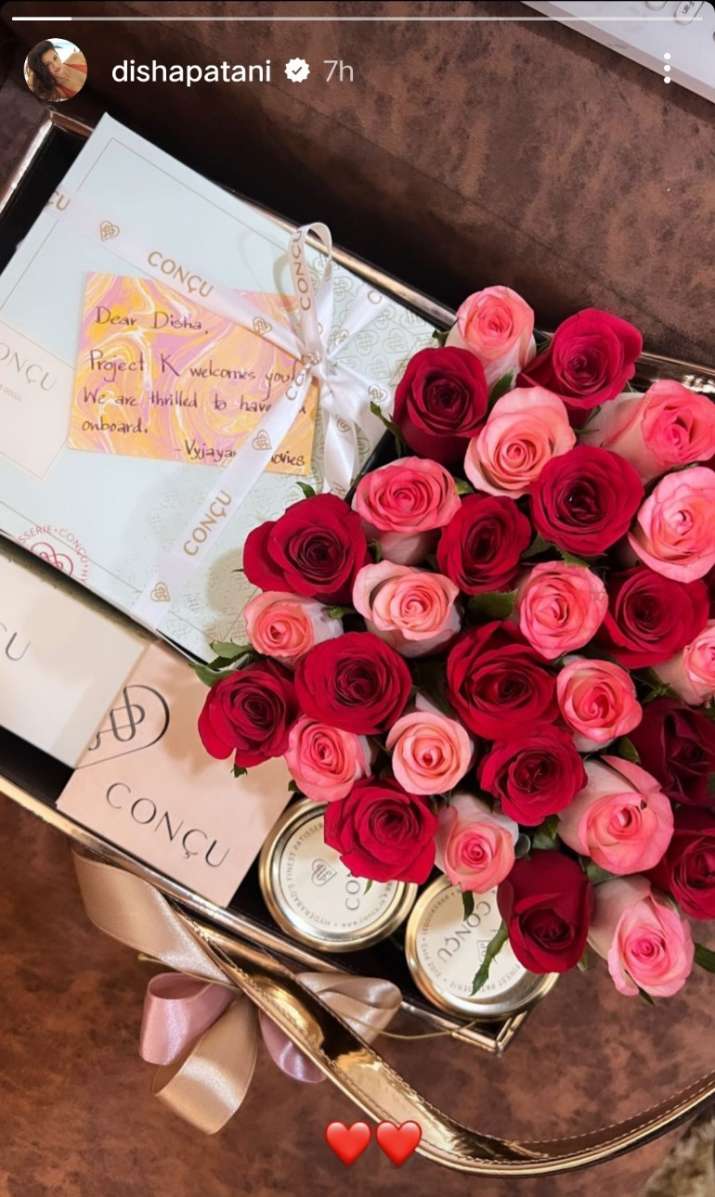 As soon as she shared the good news, fans took to Twitter and started showing their excitement. See how the micro-blogging website got filled with reactions:

Tentatively titled ‘Project K’, the movie is a mega canvas, pan India project that’s been in the news ever since its announcement. The sci-fi film is being touted to be one of the most expensive Indian films of all time.

IPL: Big SETBACK for RR as Hetmyer leaves tournament midway due to THIS reason