Thalapathy Vijay’s much-awaited film ‘Beast’ was released in theaters on April 13. The film has been receiving tremendous response from the FDFS. The first show of the film was scheduled for 4 am and fans have flocked to theaters in thousands to witness the action extravaganza. The tickets for the film were available for booking worldwide from last week and theaters declared houseful within a few minutes. Due to high demand, a few tickets for the film are sold in black through social media.

Take a look at the poster: 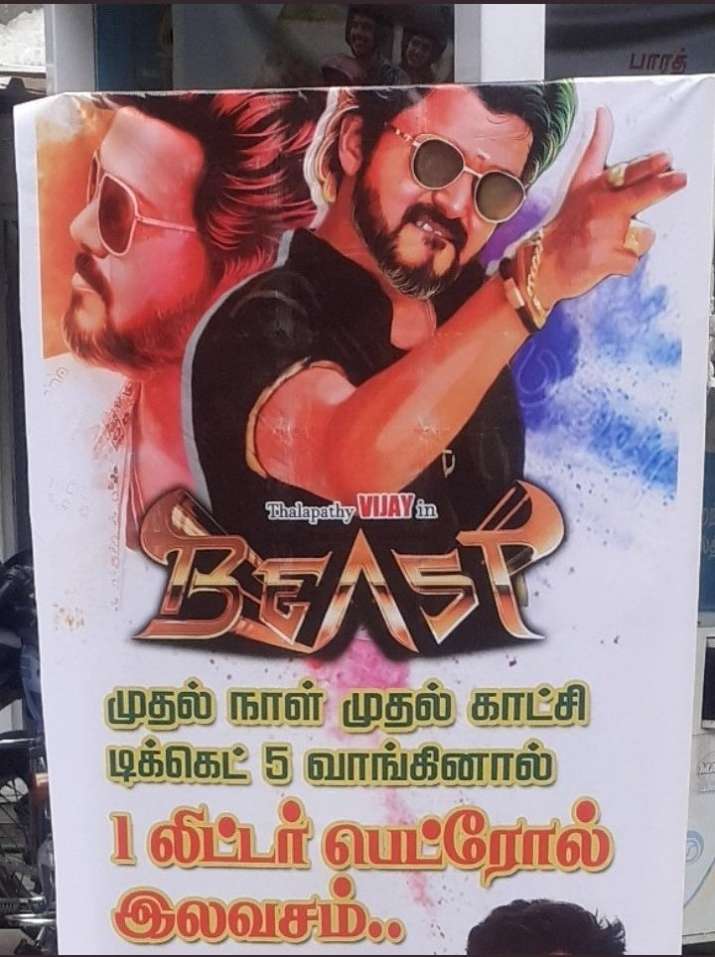 Reportedly, the cost of the ticket was priced at Rs 500 for the FDFS and Rs 300 and Rs 400 for rest of the shows in Virudhunagar.

Previously an organization had announced a holiday for its employees to watch the film. The letter from HR had surfaced online which mentioned that this step was taken to avoid ‘piled up leave requests’ at HR.

Watch the trailer of the film:

‘Beast’, directed by Nelson Dilipkumar, is a hostage drama with Vijay playing the leading role. The film also stars Pooja Hegde in the female lead. For the unversed, the film had a theatrical clash with South actor Yash’s ‘KGF Chapter 2’, which will come out tomorrow.

Jeremy Renner leaves India after filming Rennervations in Alwar, thanks the local crew